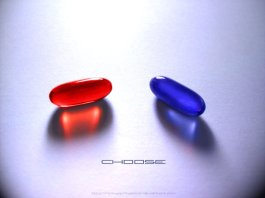 Evaluating political language in the age of information overload

Seeing the amount of spending on political advertising rise to historic levels is certainly cause for serious concern, but perhaps even more threatening to the future of our democracy is the effect these messages have on our psyche. How are we to navigate the morass of messaging we are bombarded with from all sides of the political spectrum, the sole aim of which is to change or strengthen our opinions and biases about x, y, and z, when our minds have been attrited into a catatonic stupor?

I would like to propose that media literacy has actually gotten easier, not more difficult in the current political climate. It isn’t cynicism that brings me to this conclusion. It’s the realization that at the end of the day, there are only a few variables that reliably affect the opinions of the “average citizen”. You might be thinking, “It’s all about the money.” And it is, but there are two important concepts you need to keep in mind when evaluating political language.

Have you ever asked yourself how you form opinions about a particular issue or candidate, or what it would take for you to change your mind about the candidate or issue? The two most significant variables that are likely to affect your opinions about “Candidate X” or “Referendum A” are confirmation bias and message repetition.

Confirmation bias, or the tendency to agree with something you hear or see that is already in line with your point of view, is much more difficult to overcome if you are being asked to change your mind about a particular person or issue. Overcoming confirmation bias requires more repetition of the message, which is perhaps the most important concept to be aware of when considering what your opinions actually are.

Message repetition is the most powerful communication tool used by political campaigns today. It is even more important than the content of the message itself, even if you disagree with the message. Repetition has the power to overcome confirmation bias and has the ability to create a strong point of view where there was none to begin with. It also serves another more covert purpose, but nonetheless intentional. The primary purpose of repetition is saturation.

When you have seen a commercial or heard a speech enough times that you have consciously tuned out what you are seeing or hearing, you have been effectively saturated by the message, which makes it relatively easy for the messenger to access your subconscious mind – the place where most of your opinions are formed. Consequently, the deluge of information that you consume on any given day is allowed to pass into the subconscious, where your critical mind is not engaged.

This is the place where the messenger wants to be because it is in the subconscious where things like evidence are not germane, and contradictions and logically incoherent arguments are easily entertained as completely plausible. Cognitive dissonance does not exist in this plane, only emotionalism and instinct. Therefore, saturation is the avenue through which the messenger gains access to the most primordial and instinctual part of who we are, the place that is far more motivated by the avoidance of pain rather than the gaining of pleasure or experiencing of happiness.

To guard against such assaults on our mind we must be consciously aware of the amount of information we consume, and remember that, in the words of George Orwell, “Political language… is designed to make lies sound truthful and murder respectable, and to give an appearance of solidity to pure wind.”