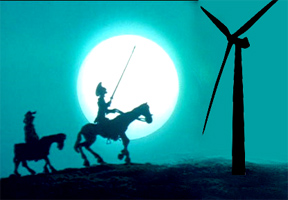 Red herrings, identity politics, and the futility of the coming culture wars

The Left is in high dudgeon, but for the wrong reasons. Identity politics and the culture wars are turning political ideologies on their heads, with California, a bastion of collectivist social policies, now rebuking the power of the federal government, with some even invoking the Lone Star State secession card. Liberal elites are falling over themselves decrying the end of civilized society with the inauguration of the short-fingered vulgarian, and the professional classes are lamenting the poverty of American culture as all the fascists, racists, and ignorant plebes are now behind the wheel of government and have been given the nuclear codes. The hyperbole has been something to behold among the most frenzied sectors of the Left’s Social Justice League.

The Left has been sleeping with the enemy for decades, and has been co-opted by its own supporters at the highest levels of the public and private sector, as governments and foundations all play their part. Left movements are so often futile because they are all funded by social engineers that have no interest in the goals and values of the citizens at the ground level trying to affect change. A recent case in point: The Clinton Foundation set up a textile factory in Haiti that provides jobs for women, which sounds like a noble mission. A GPS company was then brought in to provide free cell phones and microfinancing to these women, with the ostensible purpose of giving them access to communication tools, capital, and the ability to start their own businesses. Everyone can feel good about public-private cooperation and the spirit of American philanthropy at this point. What was the actual purpose of this venture? END_OF_DOCUMENT_TOKEN_TO_BE_REPLACED