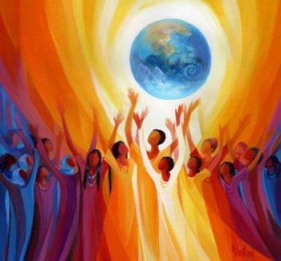 We are living in the age of the Kali Yuga – the Dark Age. We will transition out of this Dark Age in the year 2025. Whether a new and vitally needed Renaissance of consciousness will accompany this cosmological transition remains to be seen. It is clear, however, that the current paradigm makes the solutions to society’s problems dangerous to the survival of the world as we know it. The pursuit of cures, in the broadest sense, instead of freeing the world, actually threatens the foundations upon which our world currently rests.

To understand the true nature of the cure as it manifests itself in the world, one must first understand the difference between private agendas and public rhetoric, the honne and the tatamae of the oligarchs of society, who are referred to by many names: neo-liberals, globalists, the CFR crowd, or the New World Order. Once one fully grasps the sheer scope of the chasm between the former and latter, the reality that the race for a cure is happening on a treadmill becomes abundantly clear. This shift in consciousness represents the rubicon for understanding the world we live in today. This awareness forever changes the entire shape and color of the universe of possibility for economic, political, social, cultural, and spiritual change.

Nowhere is the race for the cure more prevalent than END_OF_DOCUMENT_TOKEN_TO_BE_REPLACED