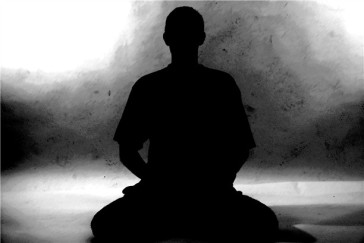 The nature of concentration and focus in the development of mastery

For some scientists, the nature of perception is culturally mediated, especially when comparing West and the East. Much of the research seems to indicate that Eastern culture is more naturally inclined to be “in concentration,” while Western culture employs the perceptual habit of being “in focus.” Concentration and focus represent the two primary perceptual paradigms in the development of mastery. The subject-object relations of concentration and focus are fundamentally different, where the former is best understood as a gathering of one’s attention, and the latter a selecting of one’s attention. Both are necessary skills that one must develop in the process of continuous, incremental improvement – or mastery. These are the two primary methods of information processing available to us when communicating with someone or learning a new skill. Concentration is governed by Yin energy, while focus is governed by Yang energy. Both are expressions of intent, with concentration by its very nature being an internal process, while focus is an external process. Taking a closer look at these two processes, it also becomes clear how closely they reflect the relationship between Yin and Yang. Below, we will examine the nature of concentration and focus, along with their relationship to The 4 Laws of Dynamic Equilibrium of Yin and Yang.

Concentration is a process of holistic addition, whereupon one engages in a gathering of all information into an omnipresent awareness. It possesses an abstract frame, where incoming stimuli undergoes a process of sublimation and transmutation. To understand the nature of concentration more deeply, observe the use of the word concentration in everyday conversation, as it connotes a distillation of the most pure form of all the gathered information within the field of sensory experience. When one is “in concentration,” there is no foreground or background to one’s attention; it simply gathers all information into a single point of consciousness, a convergence between the perceiver and the perceived. Another way to understand this concept is through the contemplation of visual imagery. Look carefully at the picture below. When one is employing the perceptual paradigm of concentration, one might describe it in this way: “A beach house by the ocean on an early evening day in spring.” This captures the complete context of the image, and not just the individual elements within it. In addition, this description places the perceiver within the perception itself. One can well imagine reading the above line in the text of a book, conjuring up the sense experience of a light breeze created by the early evening tides.

Focus is a process of atomistic subtraction, whereupon one engages in a selecting of information into an organized, hierarchical set of choices, ultimately deciding on one. Possessing a concrete frame of compartmentalized parts, focus employs the concept of relevance, where the process of decision-making is dictated by that which is relevant and not relevant. This paring down continues until it reaches one single, specific point of attention. When “in focus,” there exists a background and a foreground to one’s attention which are defined in relation to the image or idea in focus. This amounts to a linear relationship between the perceiver and the perceived upon a single point. Observe the use of the word focus when looking at an image. Is it in focus? Is the object of perception clear? Can it be seen in detail? Look again at the picture above. When in focus, it is described without context, paying careful attention to the individual elements of the image: “Orange flowers by a wooden fence on the front lawn of a house near the beach.” This description captures the essential elements of the image, providing a specific understanding of where each element is located as it relates to the foreground and background, pointing to the orange flowers as the “subject” of the image.

These two perceptual paradigms are governed by The 4 Laws of Dynamic Equilibrium of Yin and Yang, which means that they oppose one another; they are interdependent; they mutually consume one another; and they transform into their opposite at the height of their influence. Constant, incremental improvement – or mastery – requires intellectual, emotional, physical, and spiritual flexibility. When moving through the treacherous waters of the daily process of purification that mastery requires, there are moments when one must add, and moments when one subtract. In their purest forms, both are processes of simplification, only with different results. When in absolute concentration, one can experience the ken of any situation, person, or event. When one is in absolute focus, one gains a depth of understanding and detail to the degree that the purpose of the object in focus is completely understood as it relates to the whole. Both concentration and focus are essential habits of being, just as are sleeping, dreaming, waking, and loving.

“Who looks outside, dreams; who looks inside, awakes.”