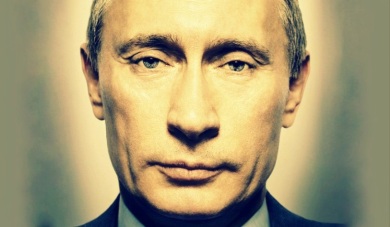 The Russian Federation, the Trump Administration, and the coming global multipolar system

From the perspective of the United States and the West more broadly, Russia has always represented those who would not bow down or atone for their refusal to recognize the Son with the same reverence as the Father. The debate surrounding the filioque has been emblematic of the conflict between the East and West for thousands of years, and up until quite recently, the West has been winning.

According to historian and Roman propagandist Josephus Flavius, the “fourth philosophy” is a term synonymous with the nationalist Jewish revolutionary sect the Sicarii, which was active during the reign of Roman Emperors’ Vespasian Flavius and his son Titus. The Sicarii articulated their conviction that they would not worship the Flavian Emperor as God and refused to submit to Roman rule. And just as Christianity was used as an agitprop against the Sicarii to vilify the Jews and supplant their God with Jesus Christ (Titus Flavius), so too was communism used against Russia in order to attenuate its imperial aspirations and limit its power and influence of Central Asia, i.e., the Heartland.

The fourth philosophy referred to by Josephus Flavius has another ideological connection with Russia. In Aleksandr Dugin’s aptly titled book, “The Fourth Political Theory,” Dugin, a one-time advisor to Putin much like Brzezinski in the West (only not as influential) and thought-leader among some on the Alternative Right, outlined the long term strategic thinking of Russia and its goal of a nationalist regional multipolar balance of power in Eurasia. Simply, Russia desires what all other nation-states in its position desire; namely, a multipolar political and economic environment that allows it to expand its power and influence in its own geopolitical region, while simultaneously establishing tight controls on immigration from neighboring countries.

The presence and realities of these interests are generally not understood in the West. The hypocritical rhetoric consumed by viewers of Western mainstream media outlets are for the casual observer, with little desire for a more complete understanding of information warfare and propaganda. A case in point are the recent emails released by WikiLeaks. The logic being proffered by the media and many politicians is that regardless of the content of the information being released, because it has been ostensibly released by a foreign government (an as yet unsubstantiated claim) with the intention of the political destabilization of the United States, the information should be ignored regardless of its veracity, lest we play into the enemy’s hands. By this logic, the American people should ignore the rampant criminality of the Clinton Foundation, as well as the disgusting moral depravity of John Podesta’s pedophilia (joining the august company of people like Robert Creamer and Dennis Hastert), both revealed by WikiLeaks.

Today, the West is marketing Putin as an anti-democratic force in the international community, and by extension a revolutionary force, and is attempting to brand Russia in the same way the Sicarii movement of Biblical times was branded. Russia has thus been twice branded, once as a denier of Christ and once as a cancer on the face of democratic progress – perhaps the very definition of anti-American. The United States has been engaged in an ongoing project to minimize Russia’s influence since at least the rule of the Romanovs starting in the 1600s. Before Russia’s recent resurgence, the United States was able, time and again, to marginalize its political and economic influence – first with communism, then with the destruction of the ruble. This fact sometimes finds its way into the public consciousness, only in an occulted way.

The details of the CIA operation Project Hammer, the United States operation which destroyed Russia economically, were ironically and loosely fictionalized in the film “Shadow Recruit,” where Russia unsuccessfully engaged in clandestine economic warfare in order to collapse the US economy. The reality of Project Hammer is of course that this operation was successful, but the Russians were the victims of the collapse of the ruble, and their country. Since that time and much to the chagrin of the United States, Russia has made steady inroads in recent years to rebuild its economy and create trading partnerships with regional powers across Asia and parts of the Middle East. This process has accurately signaled the twilight of the dominance of the Anglo-American Establishment in the international political and economic system.

The global transition that has slowly been taking place since 1971, when the US went off the gold standard, has been setting the stage for what we have been witnessing recently, with the inclusion of the Chinese renminbi into the International Monetary Fund’s (IMF) Special Drawing Rights (SDR) basket of currencies. This process will continue, with regional financial partnerships being created throughout Eurasia, until the SDR becomes the supra-sovereign reserve currency of the globe, replacing the US dollar. This process will inevitably re-balance the international order in such a way as to attenuate US hegemony. The most significant blind spot of the American electorate is that Trump’s nationalism is very much in line with international financial interests (identical to Clinton), as they are hard at work in creating regional monetary agreements that will culminate in the removal of the US dollar as the world reserve currency, to be replaced with the supra-sovereign SDR, issued by the IMF. This process will continue until the final transition into a world currency, originally called the bancor, which was conceived by John Maynard Keynes during the Bretton Woods Conference of 1945. The old globalism is being rebranded as the new nationalism. Same ingredients, different packaging.

In examining what many may incorrectly consider the black swan of the new Trump Presidency, one can observe the facilitation of this transition, both internationally and domestically. The domestic policy of the new Trump Administration, although difficult to gauge because of the incoherent vicissitudes of Trump’s assertions of what the policies of a Trump Administration will be, there are a number of things that can be said with reasonable certainty. Trump has rekindled the American Exceptionalism of old, with a strong nationalist bent. The rhetoric of the Trump campaign may very well reignite the race and culture wars of the 1960s. The Left and Right are already ramping up this rhetoric, with liberal elites sounding the alarm bells that conservatives are ushering in a fascist state; and conservatives are pointing to liberals asserting that their denial of the sanctity of family values and the neglect of the working class has seen its last days. The battle will likely be fought primarily among the media, the intelligentsia, and within the academy, as it always has, and will in turn rouse the masses through social justice conduits of all stripes.

In some respects Trump represents the great white hope of the working class in the Rust Belt that has been economically devastated for decades, who attempted to elect Barry Goldwater in 1964. Although he has recently articulated his top three priorities will be border security (illegal immigration), the economy (bad trade deals – TPP), and healthcare (repealing Obamacare), it is unclear whether the new administration will follow through legislatively on any of these policy priorities with the same fervor heard during the campaign. Parenthetically, it should be mentioned that the biggest threat to any of the Trump Administration’s domestic or foreign policy plans is the real possibility of the administration being overrun by neoconservatives, by ignorance or by design, just as the George W. Bush Administration was throughout his presidency.

It is highly likely that the Trump Administration will find their three primary policy priorities are dictated by what one may refer to as the Guantanamo Effect. Simply, the alternatives to the status quo of the Obama Administration may prove to be untenable. Recall Obama’s promise to close the prison at Guantanamo Bay, only to find the alternative was simply not an acceptable option. Trump has already stated his intention to keep key pieces of Obamacare: portability across state lines; children in their 20s being able to stay on their parents insurance; and most importantly, citizens not being denied coverage because of a pre-existing medical condition. Remember, a large number of Trump supporters currently rely on Obamacare. The Iran nuclear deal is another apropos example. US citizens are generally unaware that the agreement was reached between the United States, the United Kingdom, France, China, Russia, and Germany, and backing out of the agreement would likely accelerate Iran’s nuclear development program, as well as create unforeseen challenges for the other countries involved. The new Trump Administration’s greatest successes are likely to come on the economic front, as the transition away from the US dollar as the world’s reserve currency will devalue the dollar against its trading partners, which will in turn help to spur US manufacturing and exports. Commodities are undergoing the start of a boom, which will help to facilitate the massive infrastructure projects that the Trump Administration is planning to pass through Congress.

Congress will now take the lead in creating legislation once again, as the Obama Administration was a significant sponsor of legislation throughout its 8 year stint in office. In many respects the Trump Administration will be engaged in a kind of negotiation with the Republican House and Senate, because on things like infrastructure, he is more emblematic of Eisenhower and his interstate highway system (concocted for military purposes), than the typical Republican. The inner cities will experience Paul Ryan’s approach to urban renewal, as he attempts to revive Jack Kemp’s recipe for rehabilitating poor communities. As far as the Supreme Court, to borrow a phrase from Kentucky Congressman Mitch McConnell, Congress will have a dance partner in the Trump Administration. Scalia’s replacement would likely possess a similar ideological bent, with successive nominations being along the strict constructionist line.

On the foreign policy front, contrary to the deluge of rhetoric, the Trump Administration will be decidedly less bellicose than the Clinton Administration would have been. Relations between the United States and Russia are likely to improve dramatically. Trump’s, and particularly Putin’s comments are strong evidence of this, and are worth examining carefully. Improved relationships between Russia and the United States will help to destroy ISIS, as it will stop preventing Russia from attacking and infiltrating ISIS positions, which it has been successfully doing for years. Russia has been hard at work expanding its regional economic and military partnerships with China, continental Europe, and now even Japan, which is entirely in line with the multipolar model outlined by Aleksandr Dugin. Russia’s influence is ascendant, but so too is the East generally, as it is pulling Europe towards a Eurasian rather than an Atlanticist orientation, which is signaling the rise of a global multipolar system, and the fall of unipolar US hegemony.

“Look back over the past, with its changing empires that rose and fell, and you can foresee the future, too.”